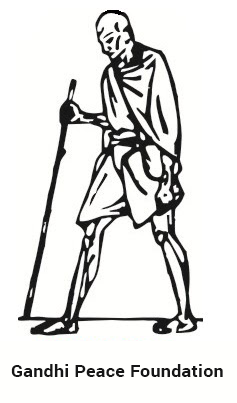 Gandhi Marg is the premier quarterly Journal of Gandhi Peace Foundation published from New Delhi. It is a peer reviewed journal with a global focus and wide compass, and solicits papers from a range of disciplines from contributors across the world on themes such as Gandhian thought, nonviolence and peace, conflict transformation, sustainable development, issues related to addressing basic needs such as food, shelter, water and sanitation, inequalities, marginalization, decentralization, ethics, among others. Through scholarly debates, the journal seeks to contribute to the tackling of the challenges to a dignified human existence. Its overall goal is to serve as a forum to communicate research on social alternatives to the dominant discourses on development and peace. Although the journal has a generic focus on normative concerns in social sciences, it welcomes articles of an empirical nature. However, since the journal endeavours to make its content accessible to academic as well as educated lay readers, scholars are discouraged to submit articles with an overdose of quantitative analysis. Gandhi Marg Journal is included in the UGC-CARE List.

GANDHI MARG (ENGLISH) began publication in 1957 as a quarterly journal. Previous editors include S K George, G Ramachandran, T K Mahadevan, R. R Diwakar and Mahendra Kumar. Its publication was suspended in 1978. From 1979 onwards, it was re-published as a monthly journal and continued in that fashion for the next ten years. In 1989, the journal again became a quarterly, and the current series of volumes incorporate the ten volumes published as monthly from 1979 to 1988. In early 2006, John S Moolakkattu was appointed as editor. M P Mathai joined as editor in the middle of 2008. The journal follows the Indian financial year pattern with the first issue of each volume published in April- June and the last issue in January-March of the following year.

Gandhi Marg is published from New Delhi in the months of June, September, December and March every year. Original contributions on themes of national and international importance falling under the broad area of Gandhian Studies are invited from scholars and practitioners. Articles published inGandhi Marg are refereed. It is presumed that an article submitted to Gandhi Marg is original, and has not been under the consideration of any another journal. In general, the articles should not exceed 8000 words including notes and references. Periodically, we also bring out special issues on selected themes. Shorter articles are carried in the section on notes and comments. Decisions on manuscripts will be made within three months. No fees are charged for submission or publication in this journal.

All submissions are to be made electronically in the form of email attachments processed in MS word and should be addressed to:
John S Moolakkattu. E-mail: [email protected] or [email protected]